Lamias and Samodivas are female figures of Slavic folklore that appear in the forests of Bulgaria. Stories pertaining to the oral culture of each region. The Samodivas are fairies of the forests, winged goddesses that live in the hollows of the trees, in abandoned huts or dark caves, near the rivers or wells, have healing powers and bless the crops. Lamias are dragon women with a dog's head and a large mouth, some have 3 to 9 heads, with sharp teeth and a long snake tail. They appear as a storm or fog and destroy the crops.

During a week of residence in the framework of Lomea Art Symposium, in the natural park of Rusenski, on the border between Bulgaria and Romania, I was touring the canyons, forests, rivers and caves looking for these mythological beings. During the day I learned to draw their names in Cyrillic light in the garage of the residence so that at night, they could be summoned with light in the forest.

I made photographs in a series of possible locations of their habitats, images that I produced as postcards, that could be sent with the condition that a story be explained in reference to the being they referred to. In the caption there is an inscription in Cyrillic that indicates “if you take one of these postcards send it explaining the story of a Lamia or Samodiva” 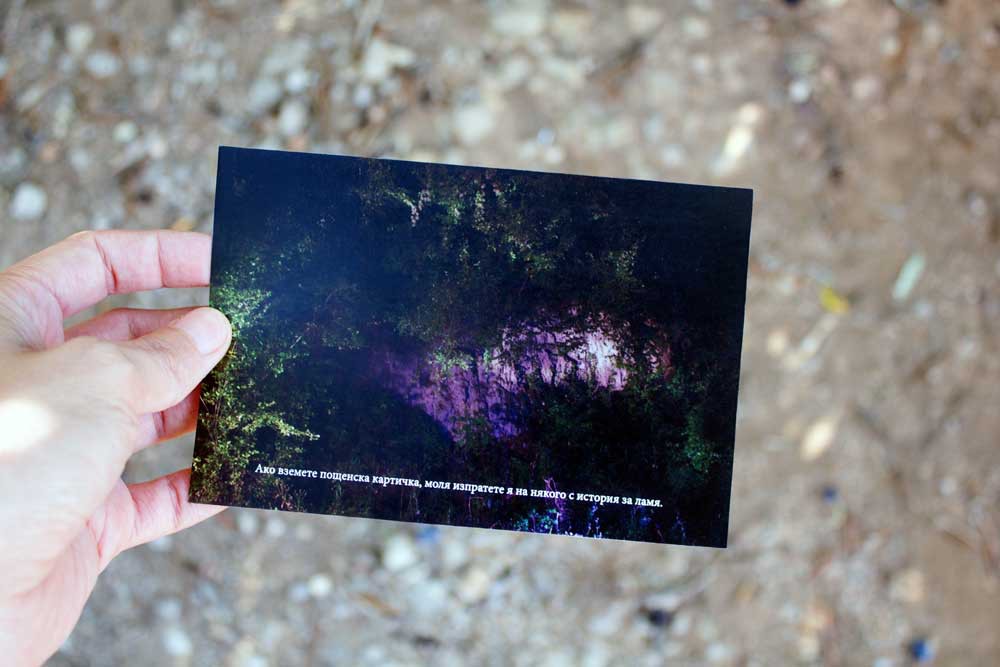 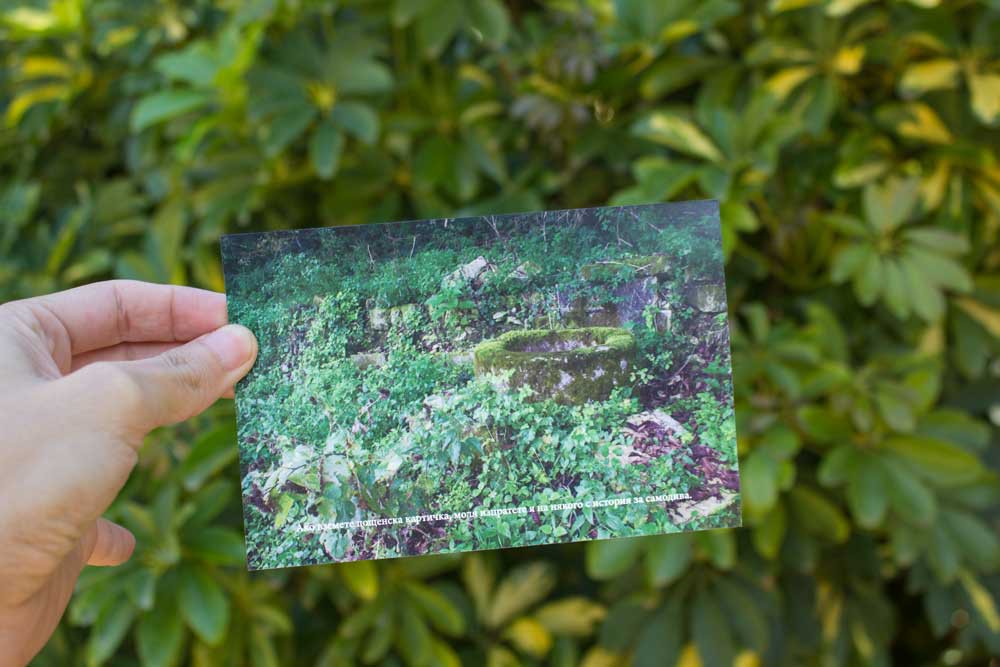 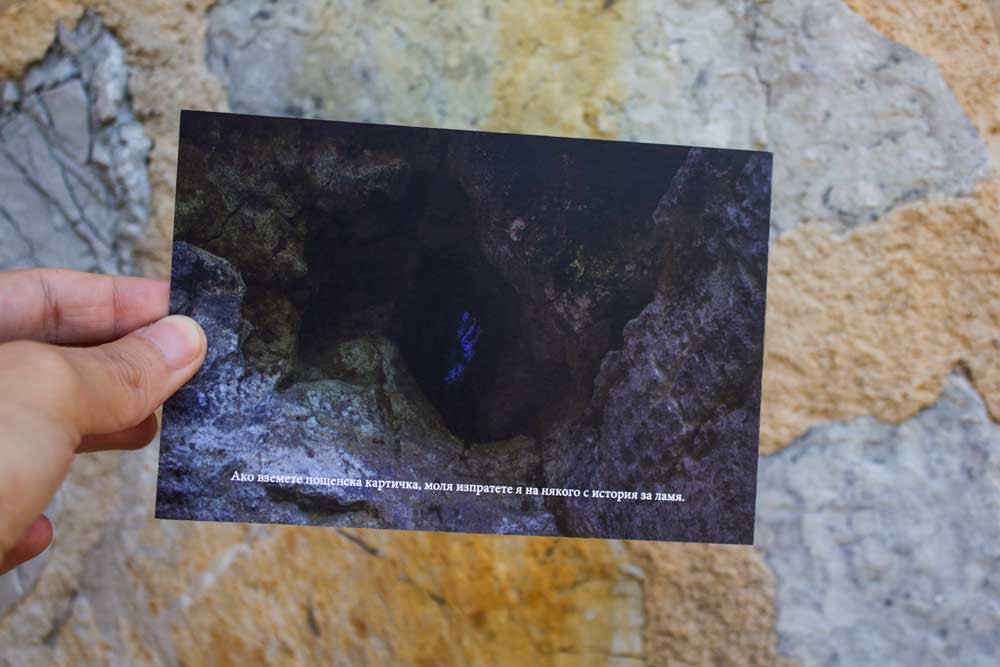 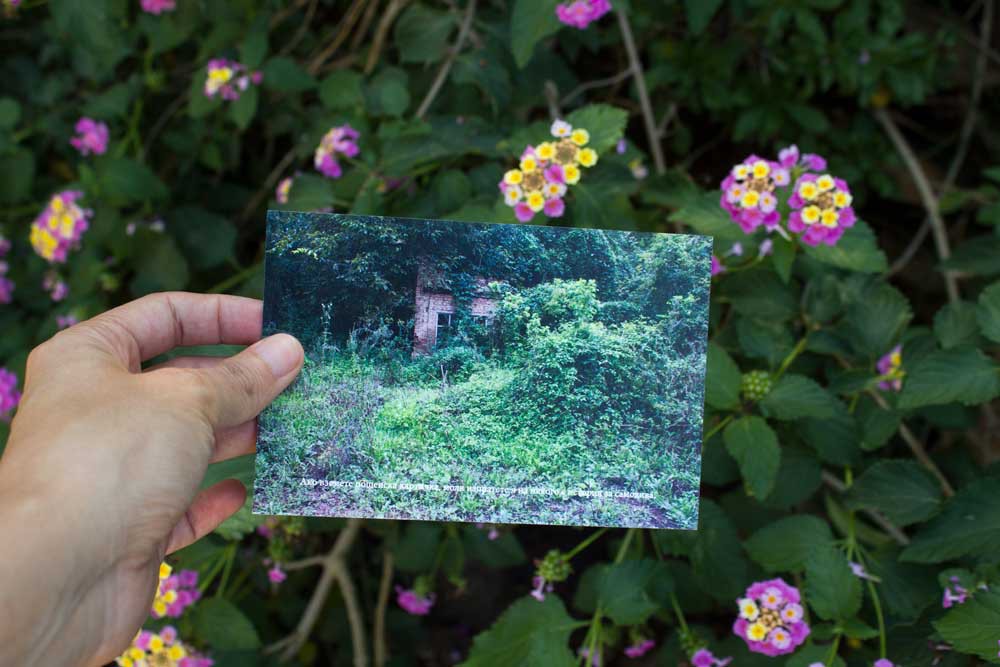 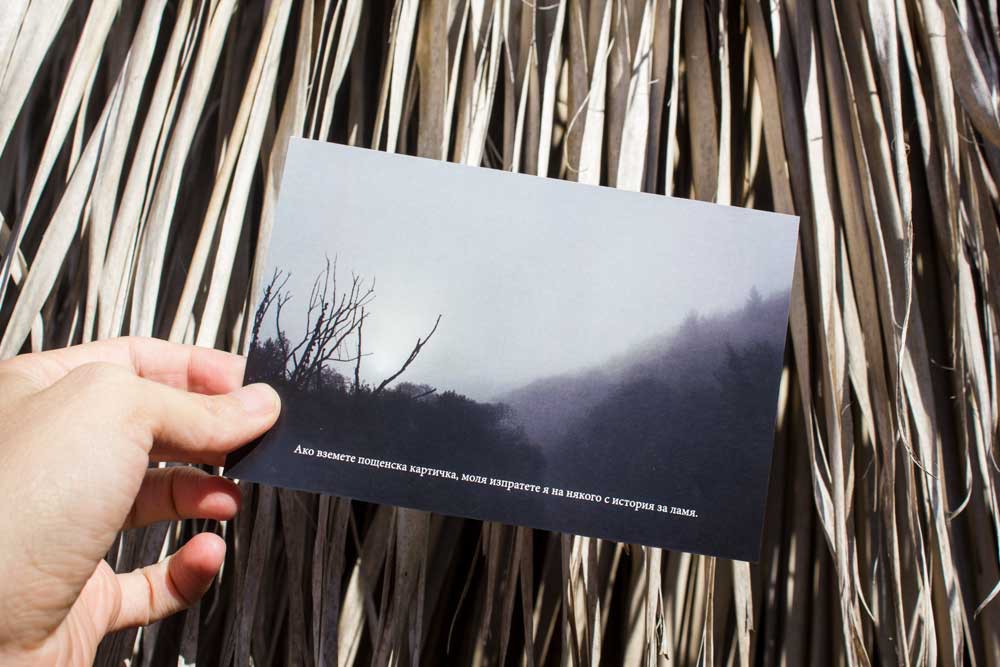