Sculptural piece with a metal structure in the shape of a partisan star, made of cloth covered with dinars, Serbian coins of legal tender. I am making this work based on the gendar dresses, originally from eastern Bosnia, bridal gowns covered with coins, the dowry that the same wife wore on the day of the ceremony. Some of these early 20th century dresses are preserved in the Ethnographic Museum in Belgrade. The coins collected are from local art agents, who told me that they had kilos of coins accumulated at home, since due to their low value it did not make sense to change them in the bank.

The Serbian currency has been the fourth to suffer the highest inflation in the world, its worst period was between 1993 and 1994, whem it was estimated that the inflation rate reached 65% daily and  at which time Slobodan Milosevic financed his war campaigns through the indiscriminate printing of money. 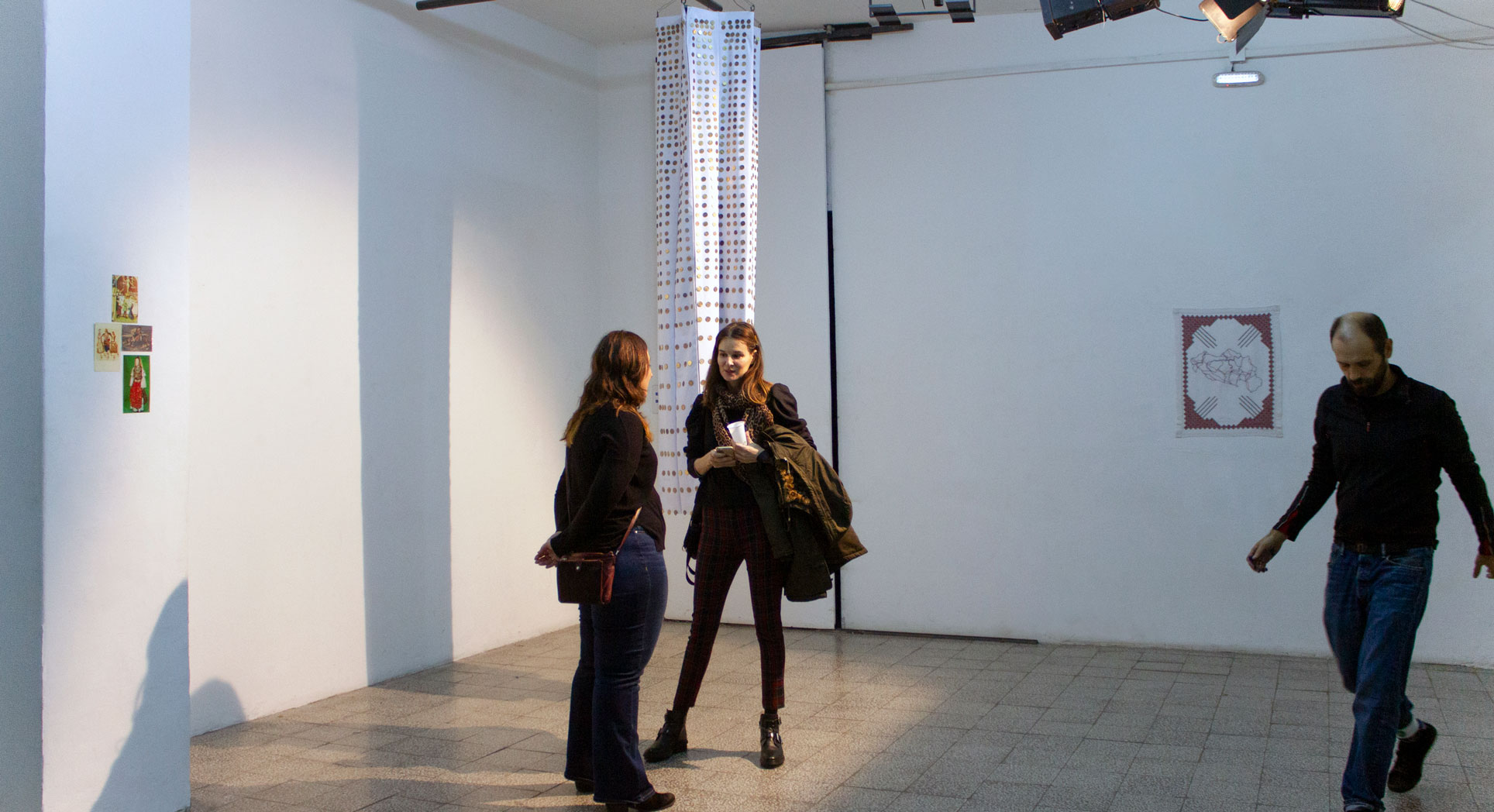 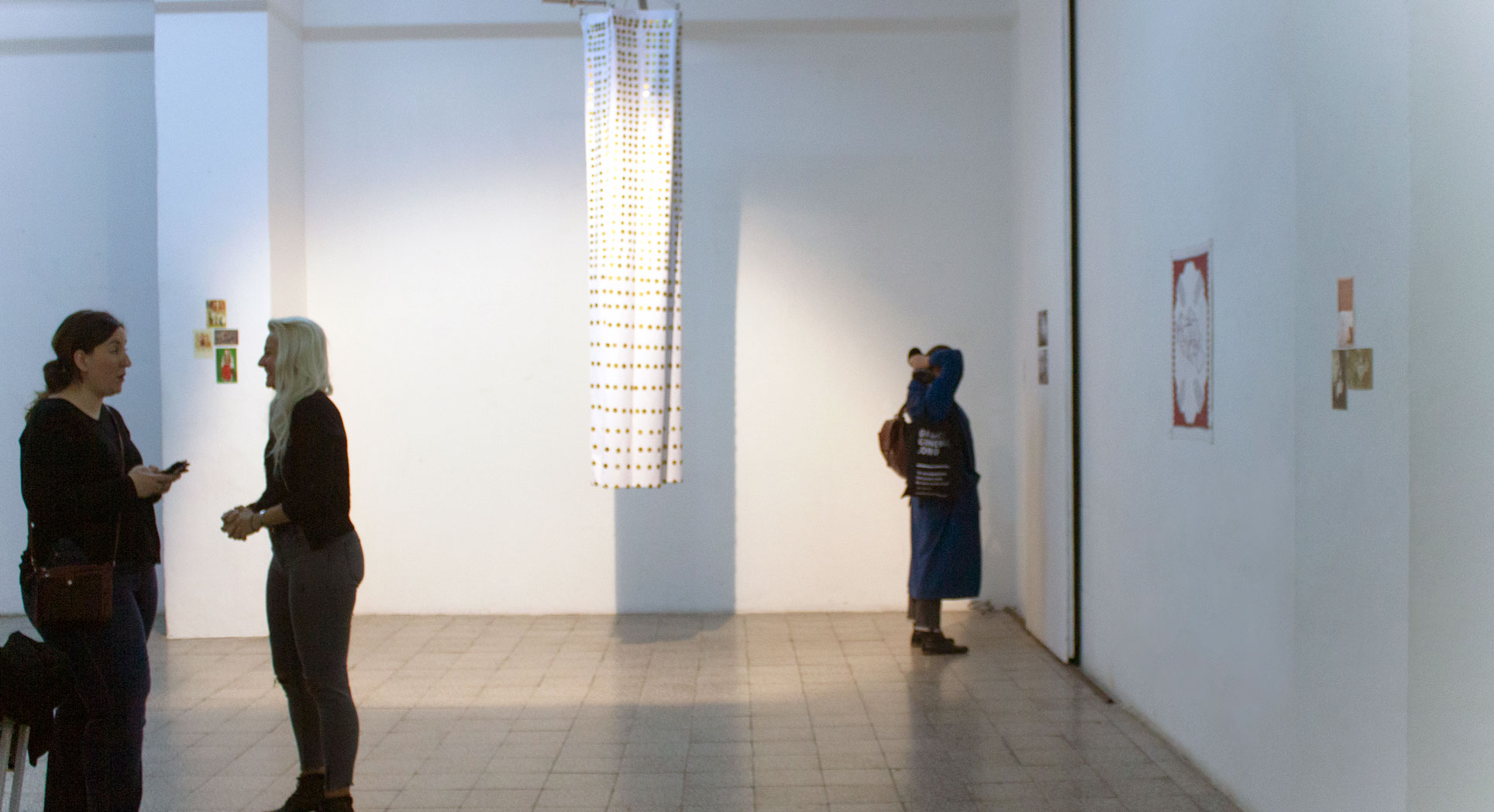 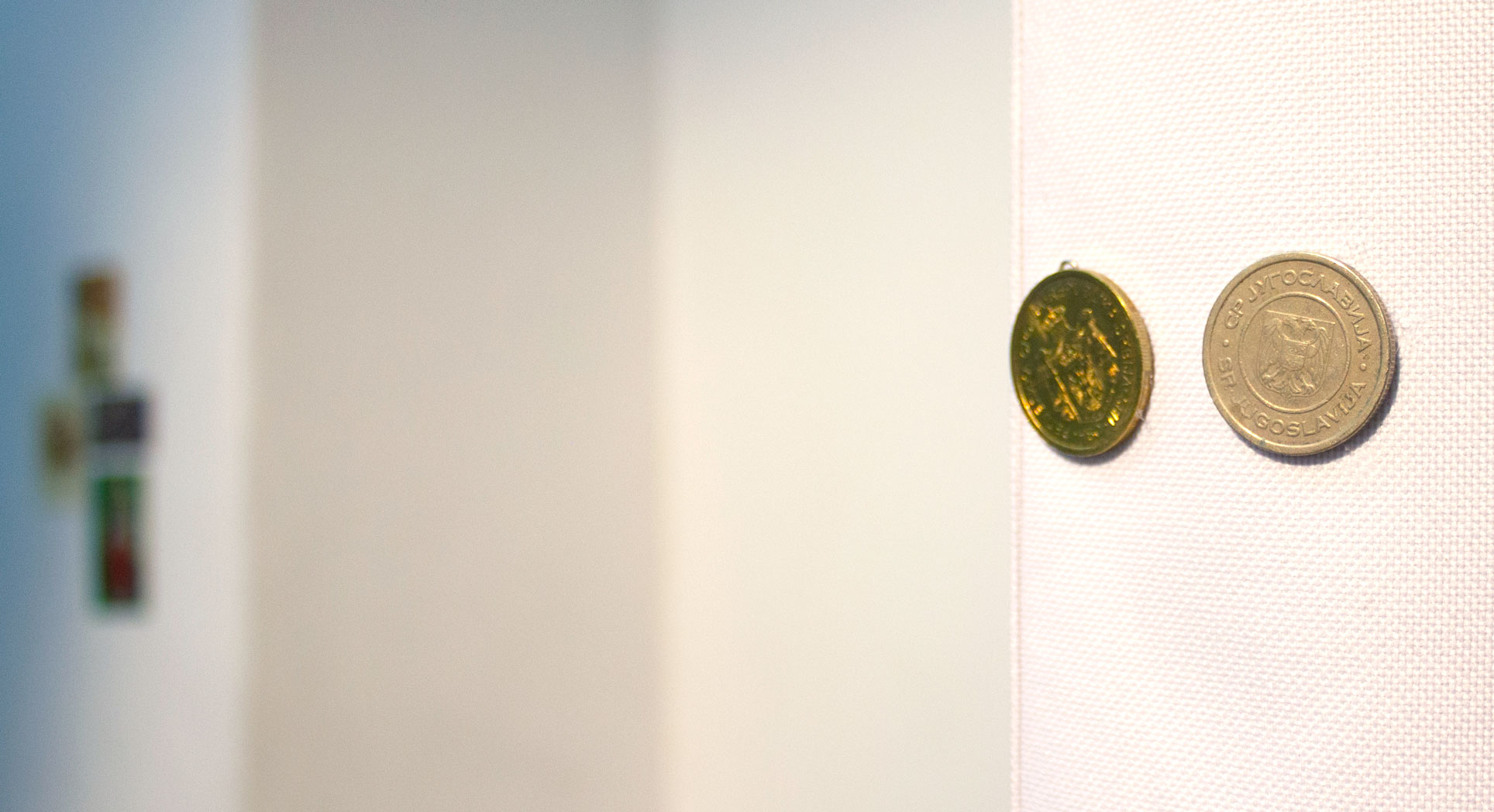 Penelope is an embroidered fabric on which I draw the three different borders of the former Yugoslavia during the 20th century, the Monarchy (1918-1941), the Second World War (1941-1945) and the Republic (1945-1991). Textile work was one of the main occupations of the emancipation celebrations of women during the republic. Through their incorporation in factories and role as an iconic force of social and political body, compelled to lift the nation after repeated war conflicts. This position – defined by the division of genders – was equivalent or very similar to that of other capitalist systems, since manual and feminized work was also lower paid in these industrial sectors, such as textiles or tobacco. The decision to work on canvas arose as an unintended reaction when I arrived at the room in which I would stay during my two months in Belgrade.I was greeted by two antique, industrial sewing machines with which I would go on to inspire this work.

This project was produced during the months of October and November 2019 at the Belgrade A.I.R residence thanks to the support of Homesession Barcelona.