Under the title Vice and dependence I conducted the research and production of a series of pieces, in relation to the working memory of the tobacco factory in Alicante, analyzing some historical facts of the place from a gender perspective. This project was carried out during the months of February and March 2019 at the Las Cigarreras Cultural Center in Alicante, within the framework of Resident Culture, thanks to the support Consorci de Museus de la Generalitat Valenciana. 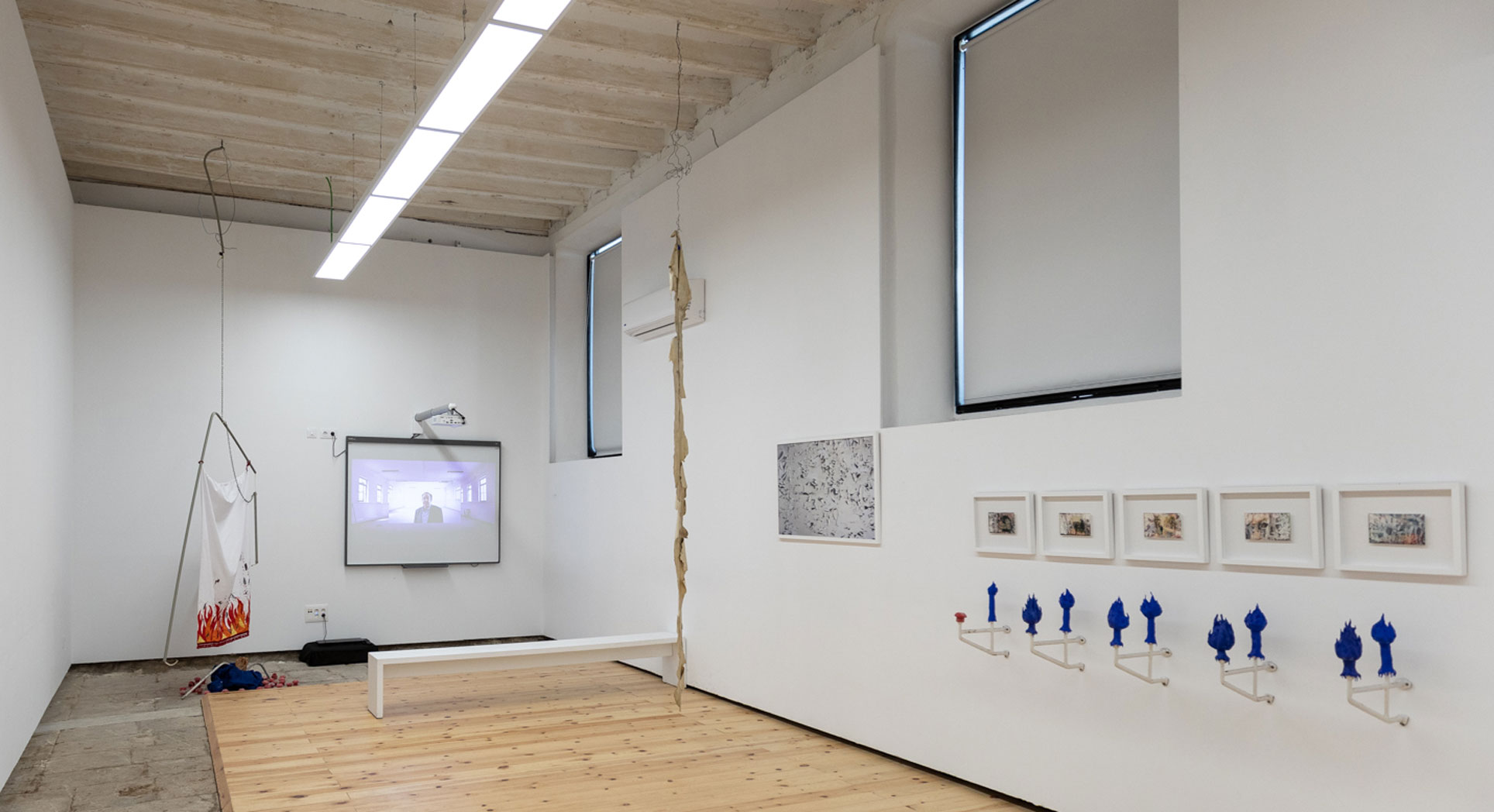 The video Vice and dependence includes a part of fiction and another documentary, shot in the old tobacco factory in Alicante, the space takes a leading role in the narration. The first block is structured from texts by Caliban and the Witch, by Silvia Federici and fragments of an anonymous article published in the Times of London, after the visit of its author to the tobacco factory Alicante in 1875. At Finally, some interviews with former industry workers explain facts related to the local labor movement. For the complete visualization of the video it is possible to request the password, since it is published in private.

Installation: sculpture made with a fragment of wall detached from the walls of the old factory, treated and solidified paint, 3 m. long by about 25 cm. In diameter and a photograph of 60x90 cm. Canson Rag Photo 210 paper, framed in museum glass. The piece is a fragment of the footprint of time in empty space, which contains a symbolic load that directly relates the memory of the place and the forgetfulness to which it has been subjected. The old tobacco factory in Alicante was the third one opened in the Spanish state, in 1801. The labor force, which brought together 6,000 women, was mainly female, their salaries were lower and their hands more skilled for the artisan process. 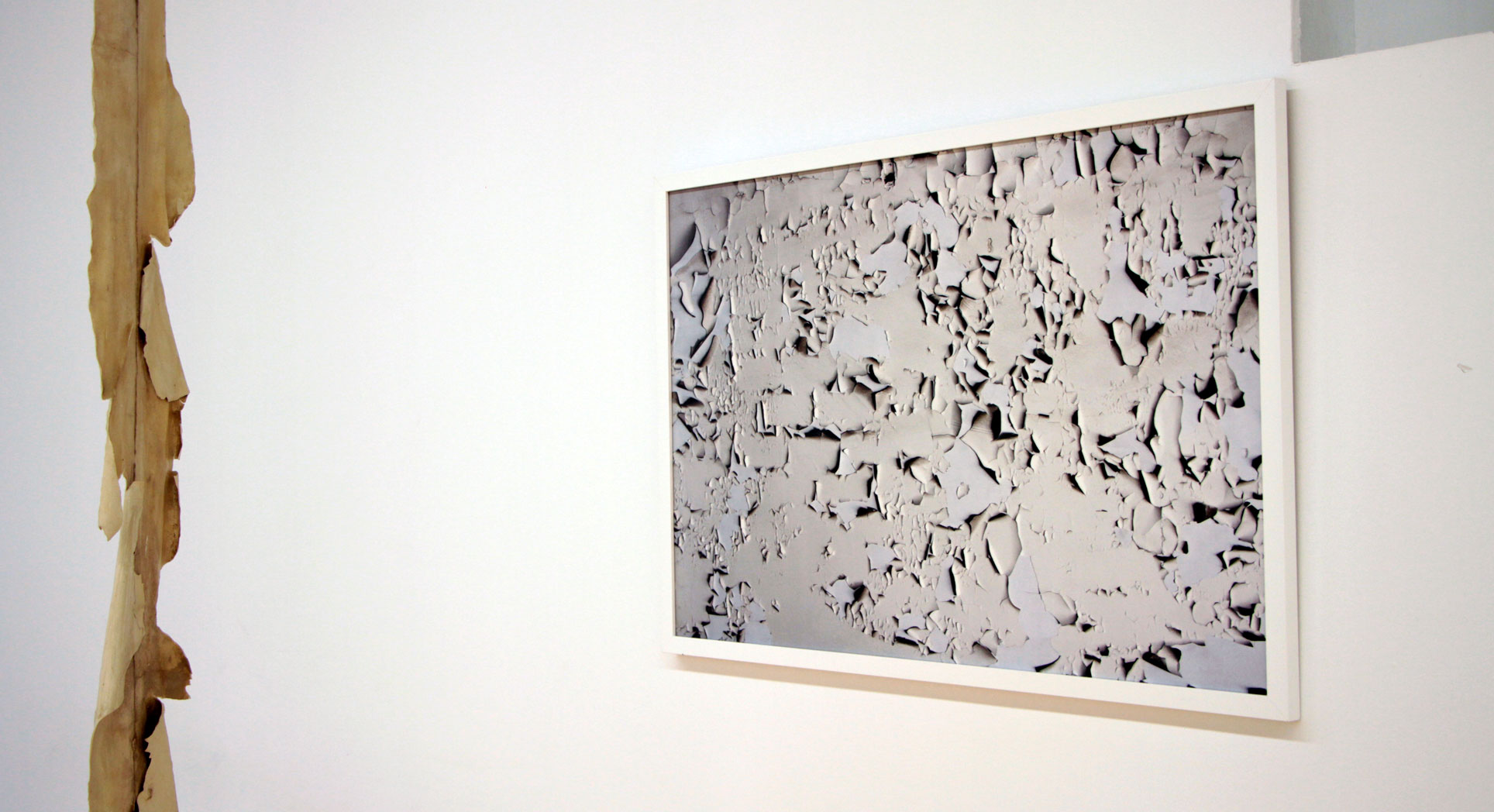 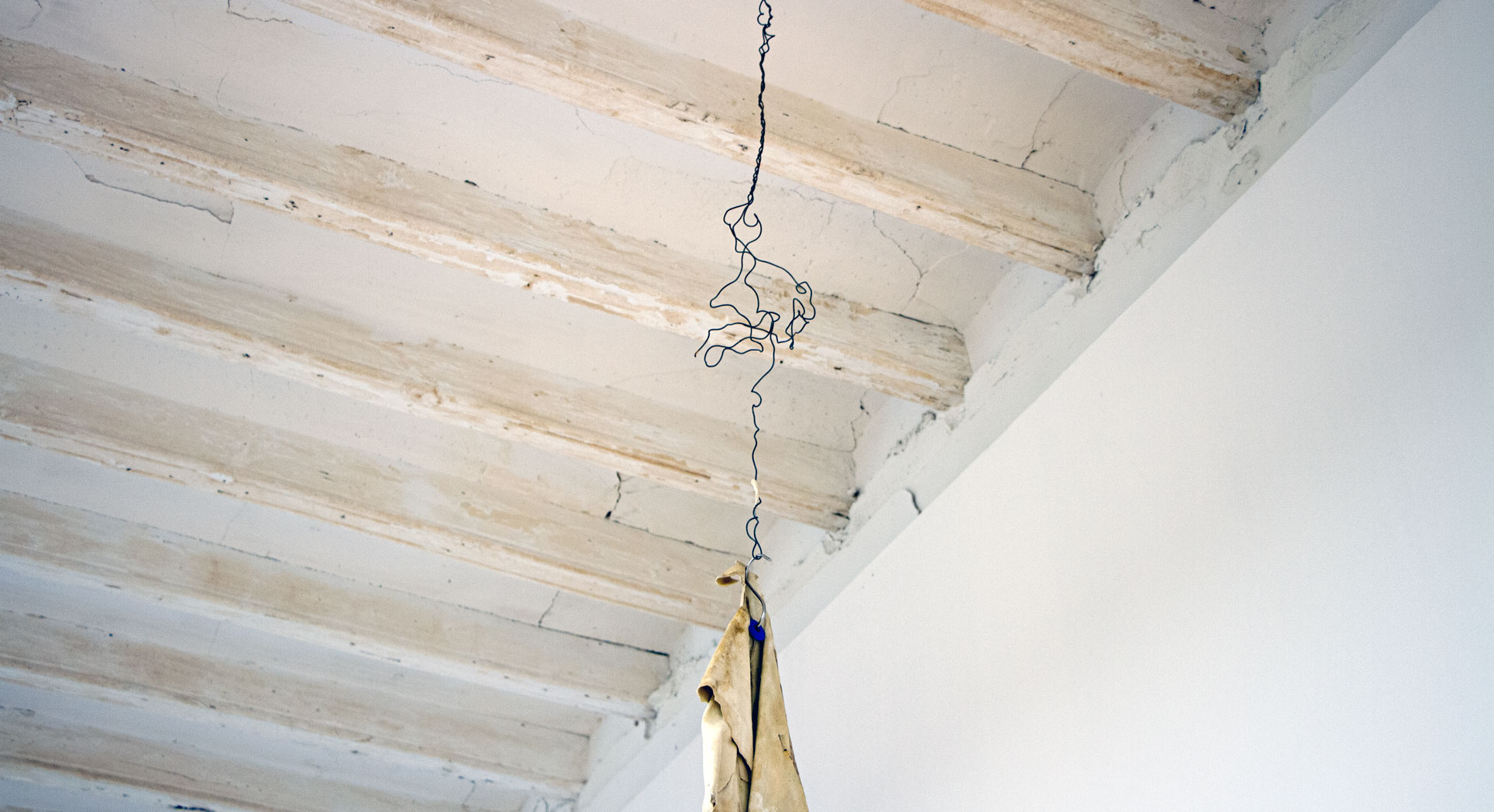 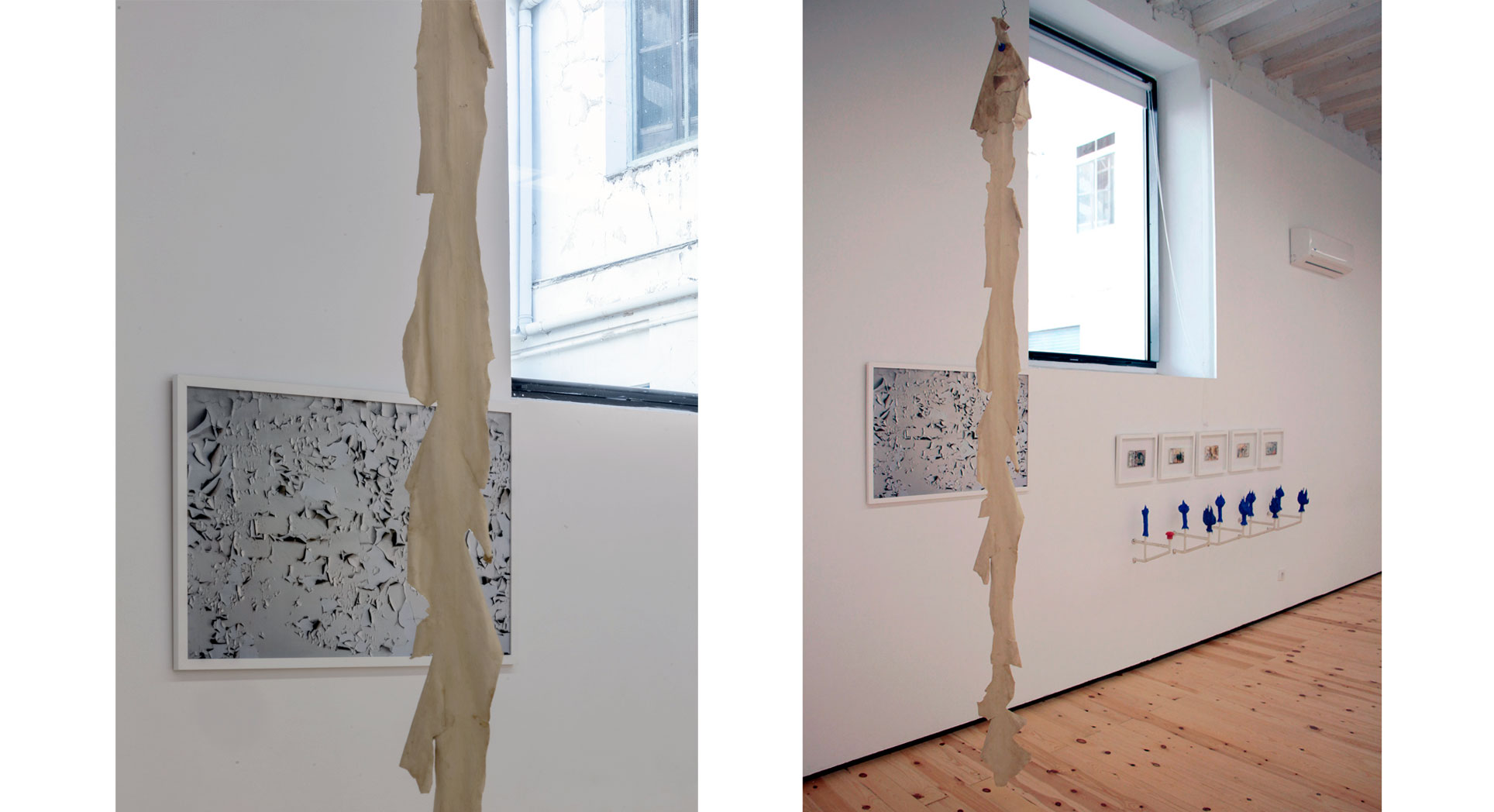 Installation: sculptures made from metal supports of the old women's dressing rooms of the tobacco factory, with candles made in 3D printing, of the color of the workers' uniforms and 5 photographs taken from a family album found in the abandoned factory, damaged by humidity and weather. Each of them of 30x30 cm. Framed in the air in glass museum. During a mobilization in 1908 the workers burned a whole batch of machinery, to avoid the dismissal of female companions, in 1919 the Alicante association La Feminista bought a building annexed to the factory, where the workers had a doctor, Nursery and meeting space. After the civil war, during the dictatorship, the building was expropriated, becoming courts, erasing all signs of this labor movement. 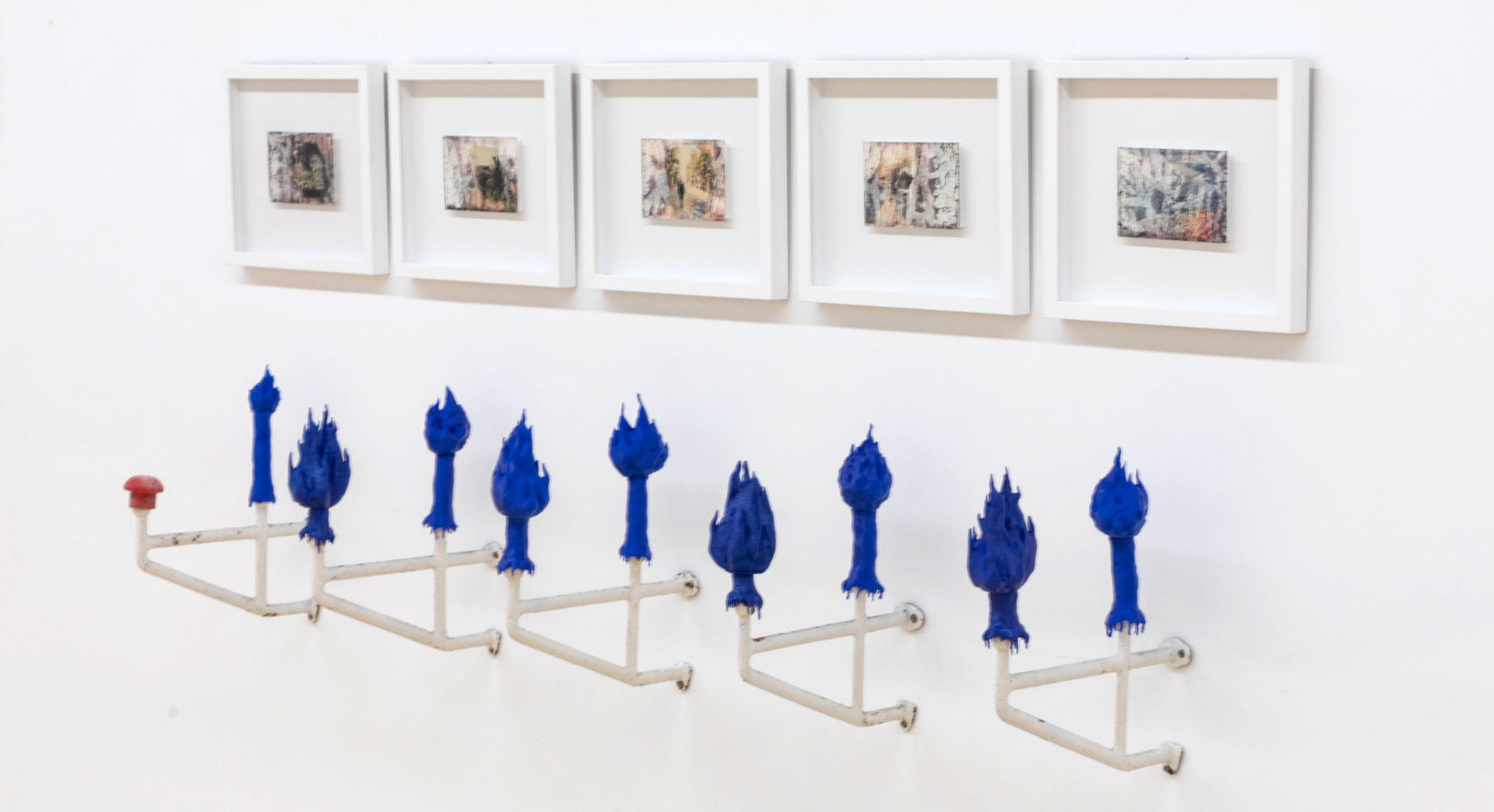 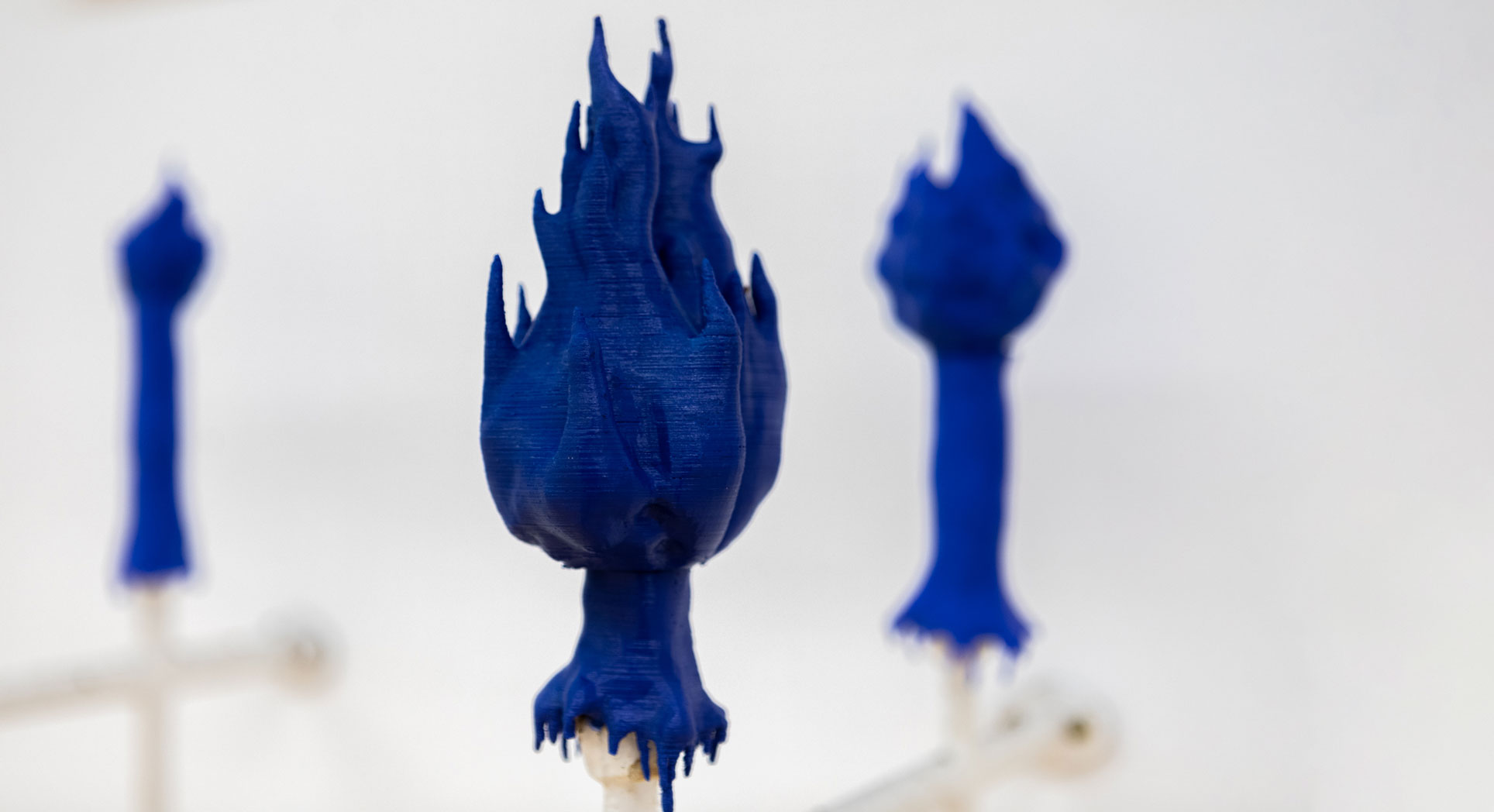 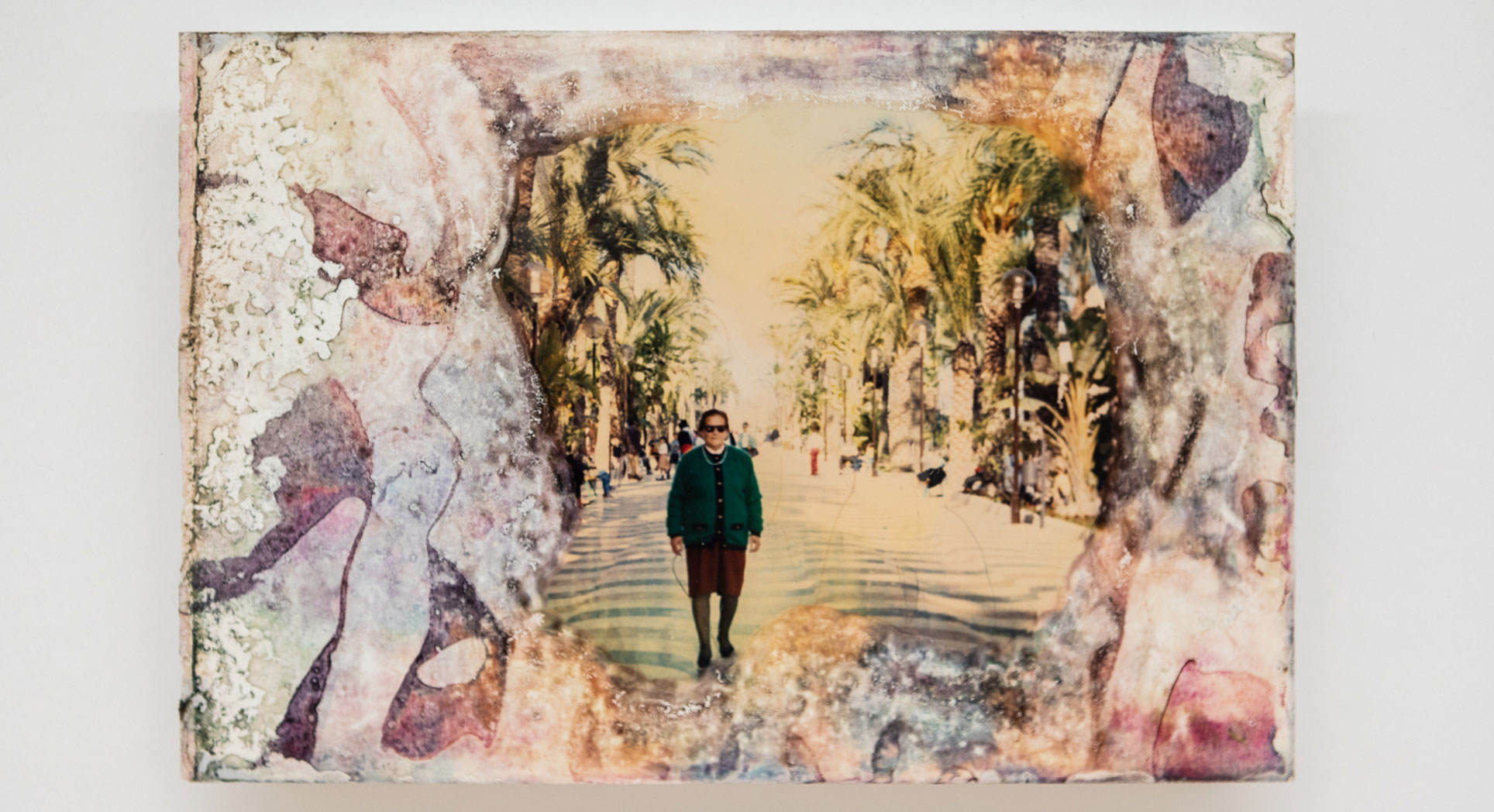 Embroidered fabric installation 100 x160 cm. approx. , hung on pipes of the old factory, with rear projection of a morphing of representations of the Santa Faz and faces of cigarreras, uniform and buttons found. The Santa Faz is the sheet with which Veronica dried the sweat of Christ on the way to the cross, according to legend a piece of the sheet is preserved in a chapel near Alicante, and even now every year a pilgrimage is made in his veneration . The cicadas were very devoted to the Santa Faz, especially after the fire of 1844, in which 5,000 women could die, it was said that the Santa Faz had protected them. On May 20, the factory day was celebrated in commemoration of this fire and each workshop was decorated with altars, on which I relied to create this piece. During the investigation I discovered that the fire coincided with the Boné rebellion, in which the cigar makers were probably involved. 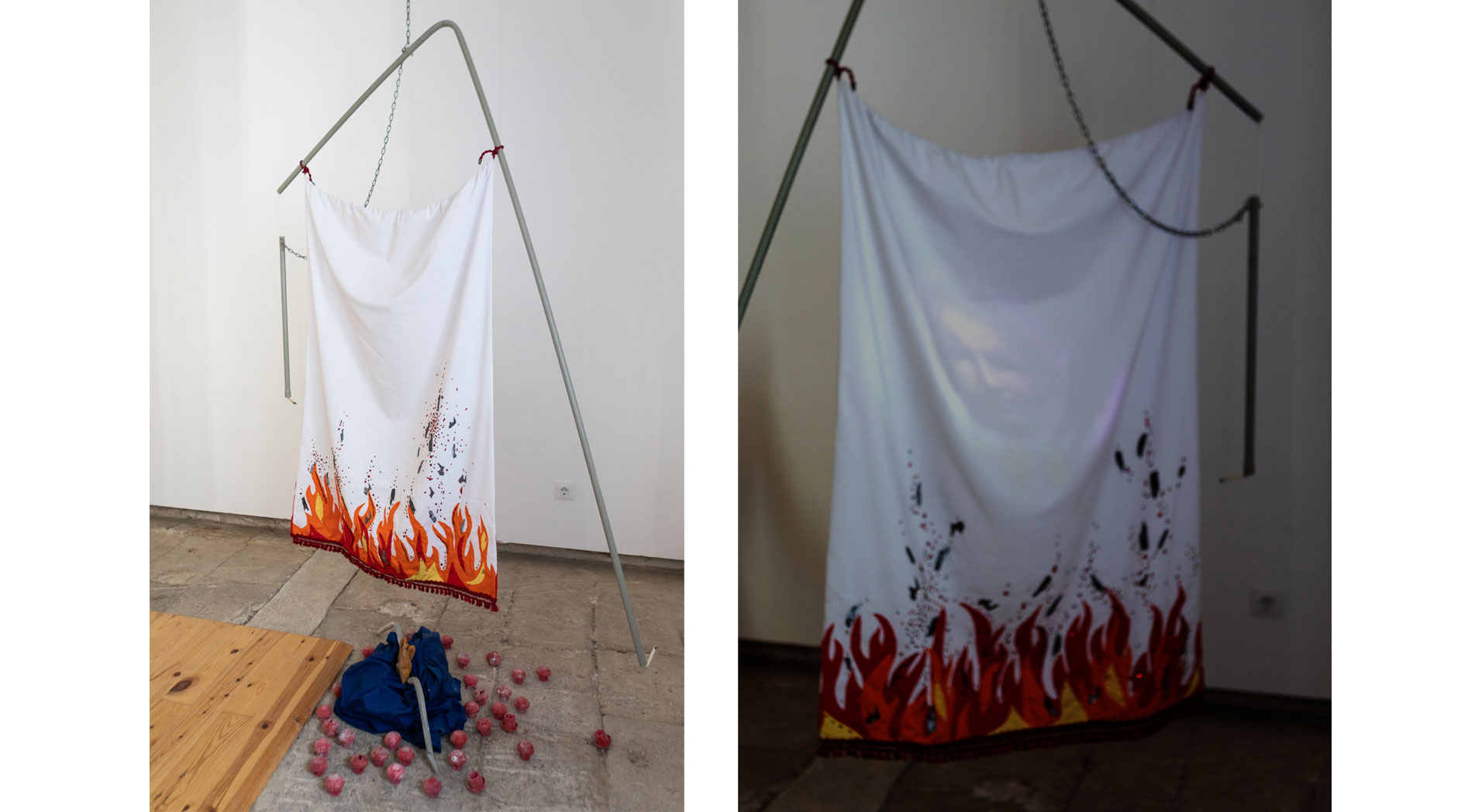 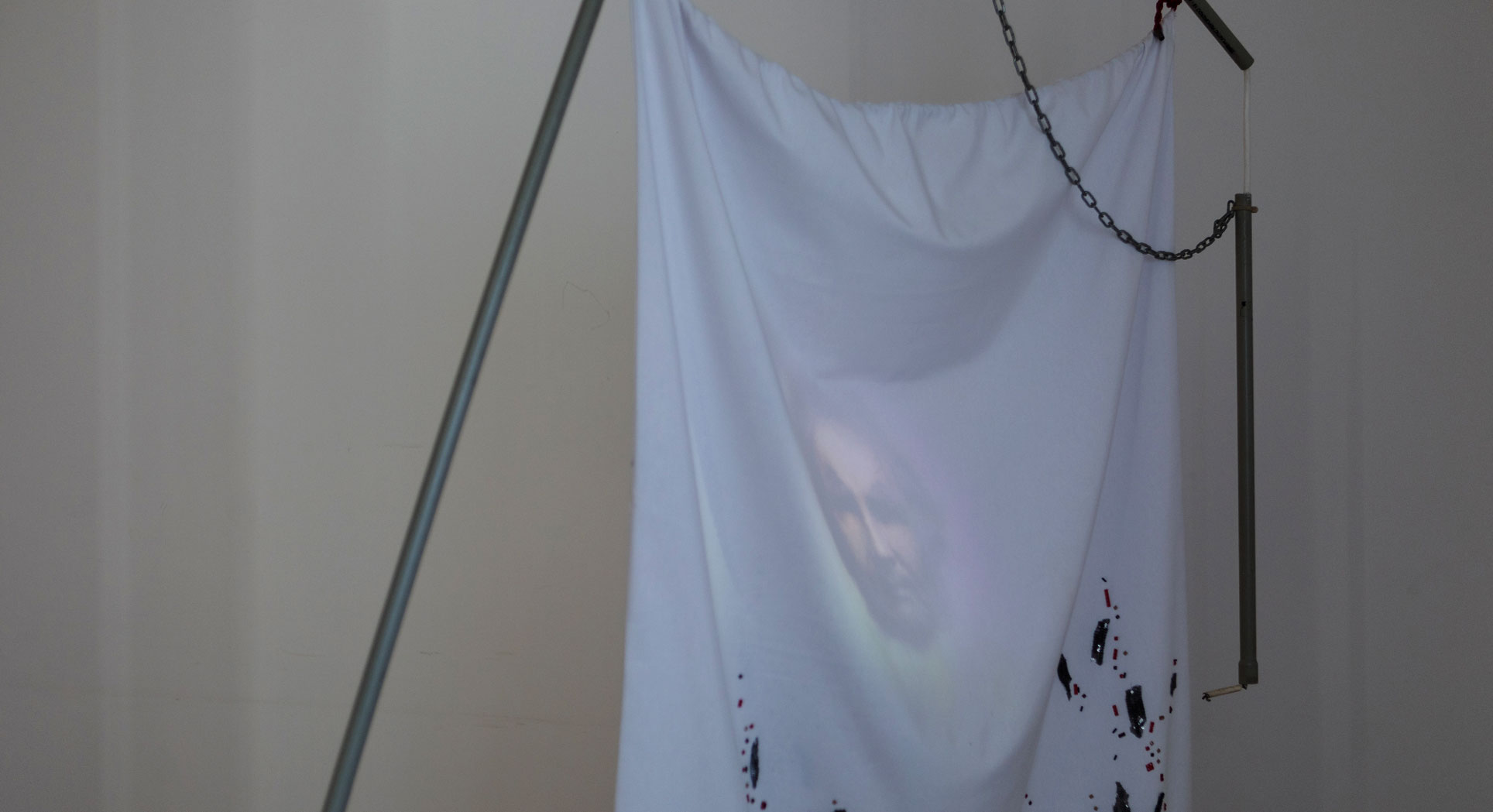 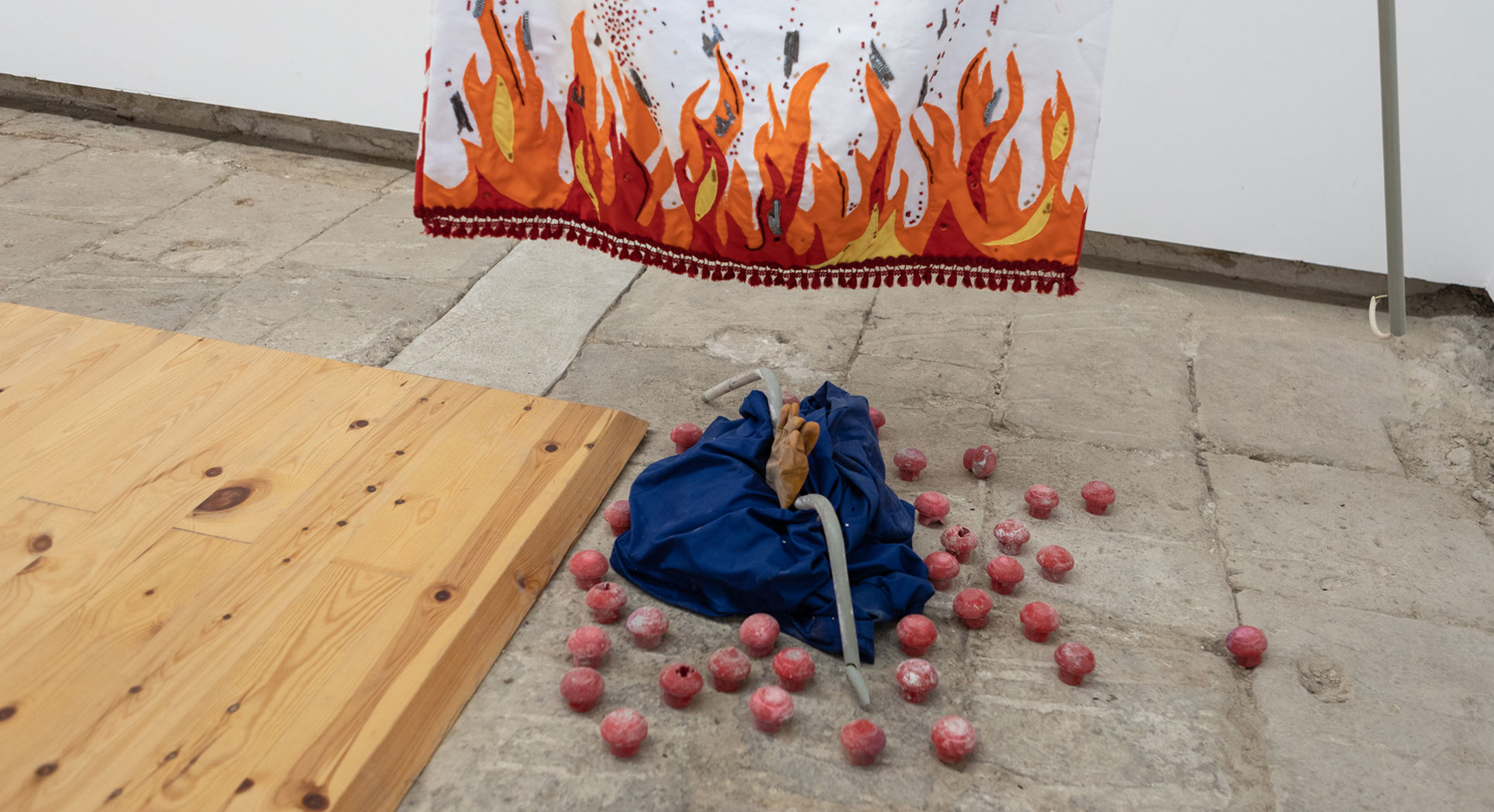 Research and process blog
next
Handmade